How to Fill the Gap in the Proficiency of Workers? Iwate Murata Manufacturing Edition (Part 1)

How to standardize tasks and stabilize productivity? How to fill the gap in the proficiency of workers? These are perennial issues facing the entire manufacturing industry. 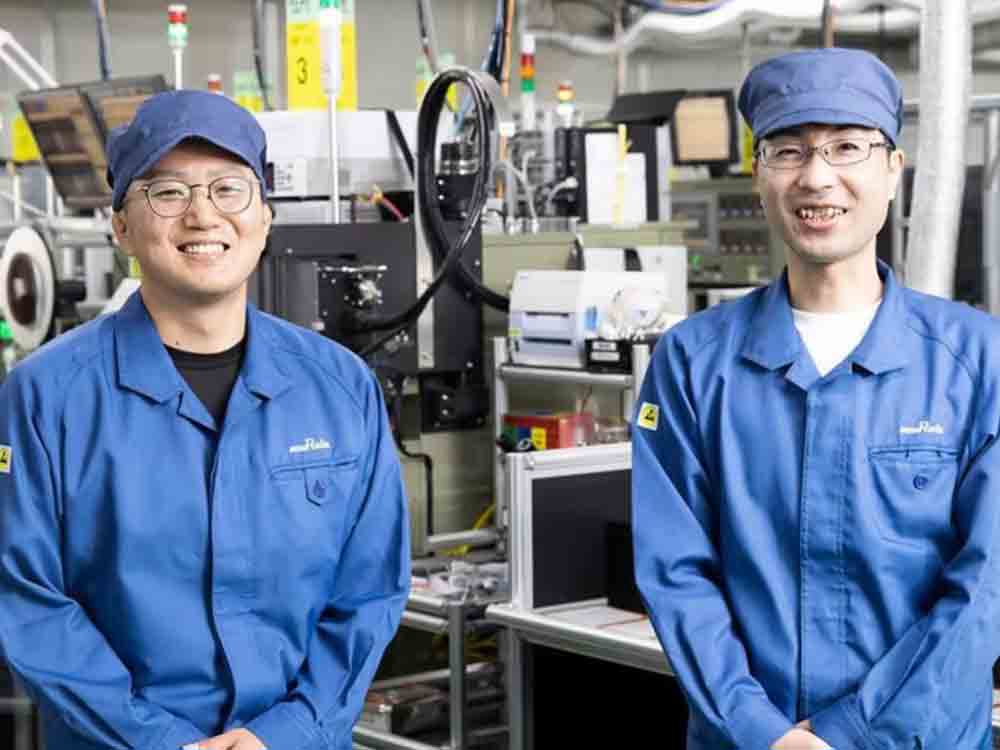 How to Fill the Gap in the Proficiency of Workers? Iwate Murata Manufacturing Edition (Part 1)

How to standardize tasks and stabilize productivity? How to fill the gap in the proficiency of workers? These are perennial issues facing the entire manufacturing industry.

The conversion of regular factories into smart factories may be a solution to those issues. On the other hand, there are a number of barriers, including a lack of shared awareness to make improvements and a shared sense of the issues to take the first step in execution, as well as not being able to gain the understanding of the workers at the manufacturing site.

We search for hints this time on how the transition to the execution of converting into a smart factory took place and what kind of communication there was in that process from the example of Iwate Murata Manufacturing, which has eliminated the gap in the proficiency of workers to achieve task standardization and productivity improvement through conversion into a smart factory.

1. Accept changes flexibly and instill an awareness to make improvements

The roots of Iwate Murata Manufacturing located in Kuji, Iwate Prefecture, are found in the Tokyo Denpa Laboratory, which was established in 1934. Since its establishment, the company has manufactured crystal-related products including crystal units, crystal filters, and crystal oscillators. It entered into a capital and business partnership agreement with Murata in 2009. The company was then turned into a wholly owned subsidiary of Murata in 2013.

Myounai: "Crystal-related products are used in computers, smartphones, games consoles, and other devices. They are electronic components indispensable in modern electronics. We worked consistently on crystal-related products, from the processing of crystal ore to manufacturing as Tokyo Denpa. We were steadfastly involved in monozukuri. Against that background, becoming a member of the Murata Group was a big change.

Speaking thusly, Nobutoshi Myounai, Manufacturing Leader, recalls that the deep-rooted awareness to make improvements from becoming a member of the Murata Group led to the companys conversion into a smart factory later.

Myounai: I was surprised that Murata makes improvements on a company-wide level and that the awareness to make improvements has taken root throughout manufacturing sites. Under such circumstances, I myself learned the ECRS four principles of improvement (eliminate, combine, rearrange, and simplify). I also experienced the industrial engineering way of thinking that forms the basis of improvement and reform. In this way, my mindset changed greatly.

Higashiyama: Since becoming a member of the Murata Group, we have undergone many courses and training sessions to learn the concepts and expertise relating to making improvements. That has greatly inspired us. I think the sprouting and instillation of awareness to make improvements is a very big change. On the other hand, I believe the Tokyo Denpa DNA of a stance of accepting changes in a forward-looking manner and a concept of attempting to grow by proactively incorporating good things has also worked in a positive manner.

* This is a system that calculates the priority of tasks in real time and displays orders to workers based on standard task plans and equipment information.

2. Calculate the priority of tasks and fill the gap in the proficiency of workers

A problem led to the impetus for introducing the Real-time Priority Task Order System. That problem was the inability of workers with few years of being assigned to their posts to achieve assembly handling number targets in the assembly process for which production capacity greatly affects the production lead time of all completed products.

Myounai: Workers are responsible for an extremely large number of pieces of equipment in the assembly process. They perform tasks such as loading and unloading products, replacing materials, cleaning jigs, and troubleshooting. At first, we thought that anybody would be able to do the tasks according to the standard task plans if they mastered the procedures of each task. However, we were made keenly aware that this was nothing more than theoretical data after looking at the manufacturing site. Trouble notifications and task orders are frequently issued simultaneously from multiple pieces of equipment. Under such circumstances, workers were forced to take actions such as remembering, recalling, searching, and selecting the callee and task. They had to make decisions about the priority for each task. In particular, it was difficult for workers with few years of experience to decide the priority of tasks. That meant stable production was not possible. In addition, the workers ran out of mental leeway and their motivation also dropped. Therefore, we decided we had to do something.

Higashiyama: The main operations of the maintenance staff are to maintain and repair equipment. Nevertheless, there is a strong lateral connection with the manufacturing staff in the same section. That led to Myounai coming to speak to me. Accordingly, I went with him to talk with the manager of our section. We proposed converting into a smart factory based on our vision of aiming to free ourselves based on decisions by people to eliminate the situation in which workers are constantly being forced into various actions leading to their inability to make correct decisions. The manager of our section may have been overwhelmed by our enthusiasm [laughs] . However, he also immediately made a determination to give it a go. We communicated and shared information in our section on a daily basis. That meant the project started smoothly.

Myounai: We wondered whether we could build a mechanism to automate decisions on the priority of tasks by combining the standard task plans and equipment information utilizing Murata's own Equipment Information Acquisition Tool system as a solution to this issue. We built a network with multiple devices and also applied wireless sensors while visualizing information such as the operating situation of each piece of equipment, the required task contents, and the actions of workers. We attempted to eliminate decisions by people as far as possible. We did that by aggregating the information of all the equipment, calculating the priority of tasks in real time so workers can perform tasks in the order according to the task plans, and then displaying it on an electric display board.

Higashiyama: We introduced the system after a period to prepare the environment and create the tools over approximately eight months. We named it the Real-time Priority Task Order System. Workers became able to perform tasks in order with no waste without hesitation in making decisions by gathering into one place orders that were previously issued individually from each piece of equipment. In particular, labor and equipment efficiency increased and production volume increased by improving the assembly handling numbers of new workers and by eliminating variations in production by workers. Furthermore, it freed workers from pressure, and motivation on-site also increased.

Display screen of the Real-time Priority Task Order System: the system automatically decides and displays the task that should be prioritized the highest at the time from a countless number of task order combinations.

Myounai: The workers told us the system made their tasks easier and their mental state more relaxed by it automatically deciding the priority of tasks that they previously had to determine while going around the equipment. I really felt the positive response when hearing comments like that.

The conversion of Iwate Murata Manufacturing into a smart factory, which started with all manufacturing and maintenance staff working together based on an awareness to make improvements built up on a daily basis, solved the issue of achieving assembly handling number targets. Above all, it can be said that giving mental leeway to workers and contributing to an increase in motivation and an improvement in the working environment are the intangible results brought about by the conversion into a #smart #factory.