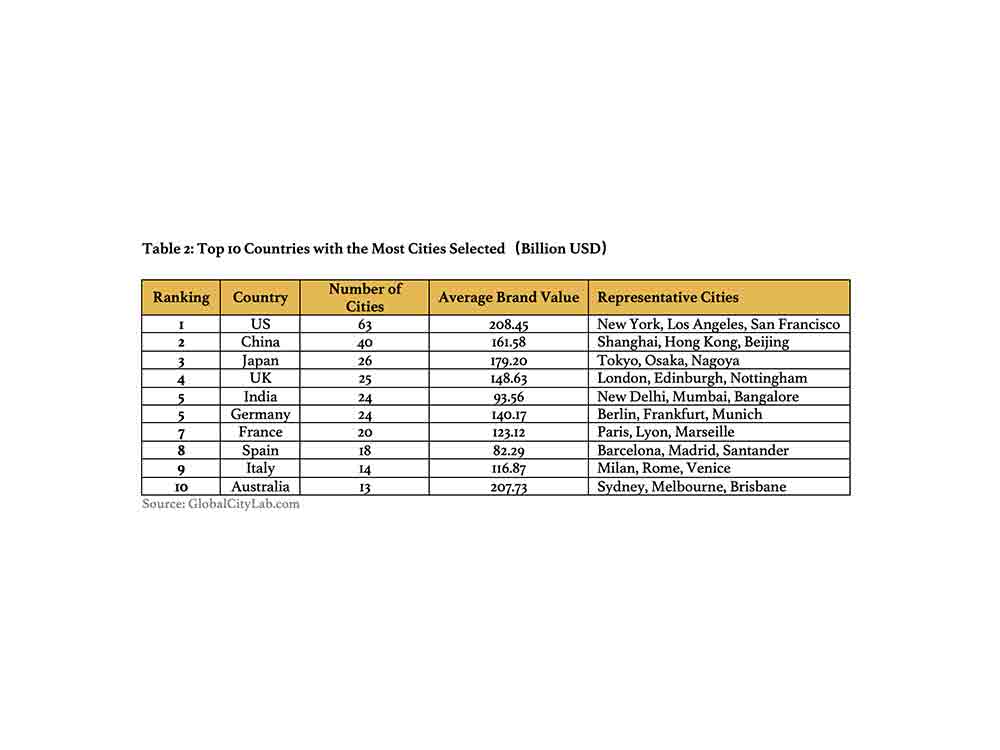 What effect has the #Covid-19 pandemic had on the brand value of the worlds greatest cities? To find out, Global City Lab compiled the "Global Top 500 Cities" released on Dec. 30, 2021, in New York City. The report reveals that New York is the worlds most valuable city, with a brand value of $2.04 trillion (all figures are in U.S. dollars). London passed Tokyo to claim second place with a brand value of $1.90 trillion. Tokyos value dropped 5.37 percent, putting it third with a value of $1.78 trillion. Paris, Singapore, and Sydney also have brand values surpassing $1 trillion. Los Angeles, Toronto, Shanghai and Hong Kong complete the Top 10, the latter ranking 9th and 10th, respectively. The report found that blockchain and crypto are influencing the future of the city.

The 500 cities are distributed across six continents, though Europe, Asia, and North America account for over 80 percent. Europe topped the list of regions, adding two cities to reach a total of 179. Asia and North America lost one and three cities, dropping to 154 and 90, respectively. The remaining three regions each have a similar number of cities on the list. Major world regions are in the process of economic recovery in the post-pandemic era. Recovery rates are disparate due to diverse government policies, pandemic prevention propaganda concepts and economic development models. The average brand value of European and North American cities fell by 1.06 percent and 1.08 percent, respectively, a significant slowdown from 2020. Thanks to effective control of the pandemic, Asia was more stable; average brand value only declined by 0.85 percent.

The top 500 #cities are distributed across 125 countries. The #United #States ranks first with 63 cities, and China second with 40. Japan, the United Kingdom, Germany, and India are ranked third to sixth. Five of the Top 10 countries are in Europe, thanks to its well-preserved cultural architecture, distinctive landscapes, and solid economic foundations. As the global COVID-19 situation eases, many countries which had closed their borders are reopening to tourists. Trade and cultural exchange between countries are returning to normal. Europe has always enjoyed the benefits of globalization due to open communication between countries, but it has also been under greater pressure to control the pandemic. For city policymakers, managing relationships between cities, surrounding metropolitan areas and neighboring countries is key. They must also balance convenience and risk in the era of globalization and post-pandemic.

City branding incorporates #digital technology. #Smart cities are moving away from us, while citizens and policymakers are embracing crypto cities. The number of cities experimenting with cryptocurrencies, DAO, and NFT is increasing. Haisen Ding, founder of Global City Lab, believes that from lotteries to land to ballots, it is increasingly possible to govern and promote cities with blockchain technology. Cities like San Francisco, Vancouver, and Amsterdam have cryptocurrency ATMs; many merchants accept cryptocurrency payments. Meanwhile, cities such as Austin, Miami and New York City have launched, or plan to launch, cryptocurrencies.

Policymakers have recognized the importance of having a competitive international city brand. City branding is a promising management tool. Global City Lab is a research, consulting and evaluation agency based in New York City. Its mission is to provide cities, enterprises, and non-profit organizations around the world with expert networking services, especially industry-wide and cross-sector assistance, in areas including urban planning, housing, environment, finance, branding, and public policy.

The Bugatti Chiron Profilée Becomes the Most Valuable New Car Ever Sold at Auction as RM Sothebys Achieves 49,802,080 Euros in Paris